How much the economic development in Republic of Macedonia is determined by wages and consumption?

Home ⁄ news ⁄ How much the economic development in Republic of Macedonia is determined by wages and consumption?

How much the economic development in Republic of Macedonia is determined by wages and consumption?

In terms of encouraging the economy in our country, which will stimulate development, innovations and growth of productivity (creation of new material goods) , Business Confederation Macedonia in collaboration with the association “Juridika” and the UKIM’s Faculty of Law Iustinianus Primus held a debate under the subject: “How much the economic development in Republic of Macedonia is determined by wages and consumption? “. This debate intended to draw the public’s and expert’s  attention towards the wages and how the consumption will stimulate the economic development in Macedonia.

Experts from the academic and representatives of the business sector were a part of this debate in which they covered the area of economy and law, as well as the theory of practice. PhD Predrag Trpeski – Faculty of Economics “Ss. Cyril and Methodius University” in Skopje, mr. Mile Boshkov  – President of Business Confederation Macedonia and PhD Lazar Jovevski – Faculty of Law Iustinianus Primus gave their opinion toward how wages and productivity will increase economic development.

Experts in their speeches emphasized the questions of whether and how citizen’s wages and spending can influence the strengthening of the economic development of the Republic of Macedonia, and thus improve the economic welfare of the citizens. The salaries were reviewed in light of the economy, i.e. as an economic category and directly related to consumer spending.
Simultaneously were mentioned social aspects of wages respectively the right to a dignified salary, and how the state interventionism affects the salaries of the labor market in our society.

To see wages as the engine of strengthening economic growth, we must think how to encourage entrepreneurs to invest. Create new jobs, and these jobs and their productivity will generate higher salaries that will impact positively on the savings. Saving on the other hand  will encourage investment expenditure which in turn will foster economic growth, but to achieve this we must strive to create healthy consumer society, said prof. Dr. Predrag Trpeski – Faculty of Economics UKIM

Professor Trpeski pointed to research conducted in 2014, according to which 45% of employees in Macedonia get paid up to 14,000 denars, which is far below the average wage, which amounts to 22,000 days. and which cannot meet the basic necessities of life. Inequality in the country is generated by other income (profits, dividends, interest) and not so much in wages. It is this segment of spending that needs to be addressed in order to stimulate the growth or productivity of the economy.

In this direction, Trpeski elaborated on the issue of labor market and unemployment. The professor emphasized that Macedonian labor market is rigid and fragmented, so in reality is present occurrence of salaries that are too low or too high. According to the data, only 7.4% of employees receive salary over 35,000 denars. Further pointed to research data that shows  50% of graduates wait more than four years for employment.

Mr. Mile Boskov from BCM noted that wages are only one segment that can influence economic growth. “We must encourage Macedonian companies to participate in global markets if we are to encourage economic growth. We need to create innovative competitive products, to invest in new technologies that will increase productivity to influence wages. Companies must pay attention on global standards and what market they face, whether their customers are traditional or are they willing to experiment in new products. Statistics show that only 1200 companies in Macedonia emerging companies “Gazelle” and want and have the interest to invest in creating new products and show growth.

Boskov pointed that Macedonia given the small share of the global market needs to focus on the regional market. On the other hand, Macedonian businesses need to follow new trends and to respect elderly to increase consumption. New technologies bring new products, thus increasing productivity.

Boskov noted that the minimum wage has direct impact on the economy and consumption. A mistake has been made by adopting the minimum wage at the national level, and if it was agreed at the sectoral level would not infringe the budget. Namely, by adopting the Law on the minimum wage workers’ wages have decreased and the budget of social funds has been damaged. This inevitably discourages the citizen’s consumer spending. The improving of living standards also creates security for workers, which will increase their productivity and, in this regard, employers must apply policies and measures. 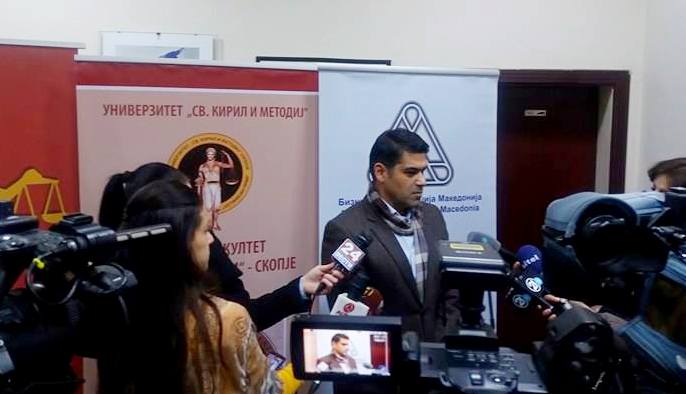 In terms of the minimum wage professor Jovevski noted that the regulation of minimum wage is not the only tool, but the increasing of the amount of wages is determined  by multiple parameters, it is crucial in the context of social dialogue and social partners to have awareness and economic base base, so we can talk about a raise. In other words, there should be will for increasing salaries by social entities supported by an economical basis for implementing it. 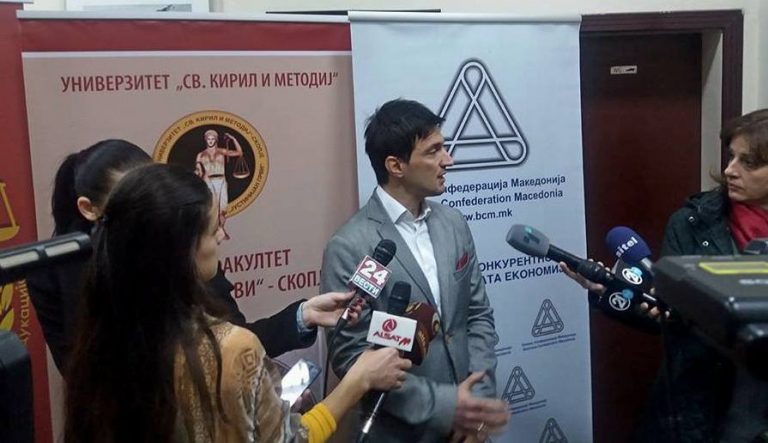 The Convention no. 95 ILO for  protection of wages is the first international instrument that regulates the issue of salary. The International Covenant on Economic, Social and Cultural Rights of the United Nations stipulates that States Parties to the Covenant recognize the right of everyone to enjoy righteous  and favorable conditions of work which ensure, in particular: “… a rewarding that is guaranteed  as a minimum  to all workers ”

Analyses show that the increase in salaries, even on low-skilled workers, stimulates productivity on a company level, and they accomplish better results and reduce absences from the workplace.  Also companies must invest because the cost of employees is increasing.

In view of the above, from a social – justice aspect it has been concluded that healthy and real wage increases can lead to increased worker productivity, and hence increasing of company’s productivity.