Ten Macedonian companies today received Award for best fast growing companies “Gazelle”. They will receive financial support for equipment in the amount of 10 thousand euros, to be able to develop their business, to improve their quality and to hire new employees.

The purpose of the award is to promote the positive and successful work and provide inspiration for further operational  improvement of the enterprises in Macedonia, increased jobs, strengthening the domestic economy through this kind of stimulating growth of domestic companies and as a supportive tool for their transformation into “medium companies “.

– This is a great opportunity to show that Macedonia is a country where micro and small companies successfully operate and develop, and the state through concrete steps wants to support their growth. It is a process of mutual interest. Development of domestic micro and small companies is a future of the development of the domestic economy, as a Government we are always focused on cooperation with the business sector and our aim is to jointly create a climate of trust, said additional deputy Minister of Labor and Social Policy Dime Spasov Awards.

He added that such a determination is the result of the strategic goal of increasing the number of jobs or reducing unemployment, so that, as he said, promoinge sustainability, knowledge, quality establishment and development of small and micro companies in Macedonia.

He added that in this context has been created and this measure to reward the best fast growing  companies to support those who have growth and have a business plan for further development.

Dutch Ambassador to Macedonia H.E. Wouter Plomp believes that small and medium-sized companies are the ones that drive the economy of the country forward and they should be supported. They said, they are playing  a central and important role in all countries, and that goes for Macedonia.

– Ninety-eight percent of the companies in Macedonia are small and medium sized enterprises and they contribute to the development of strong entrepreneurship, to improve production and to provide jobs, he said.

Mr. Jean Marie Standard, from the Dutch program to support employers who cooperate with the Business  Confederation of Macedonia that the country is the first in the region to establish such an award and expressed hope that it will become traditional.

– The development of skills, quality of the workforce, training  should represent a permanent agenda of employers and governments to manage to get competent workforce and to attract new investors, he said.

President of the Business Confederation of Macedonia, Mr. Mile Boskov underline that the exceptional importance is small companies to learn to invest in business development in order, as he said to ensure its own growth, which, he emphasized, to affect economic growth in the country.

He noted that entrepreneurs create value that can be later transferred to the rest in the form of quality of life, and to them, and should be seen as a driver of the economy and the role model for others. “With this we want to draw public attention to those who create value and talk about how they menage to reach their success”.

National Award for best emerging companies “Gazelle” is supported by the Ministry of Labour and Social Policy and the Agency for Employment of Republic of Macedonia as part of the Operational Plan for programs and measures for employment and services of the labor market for 2016.

Project partner for this activity is the Business Confederation of Macedonia and the Dutch program to support employers.

This was first time to be organized this Award, and 33 companies (applicants) shown their interest for the Award. 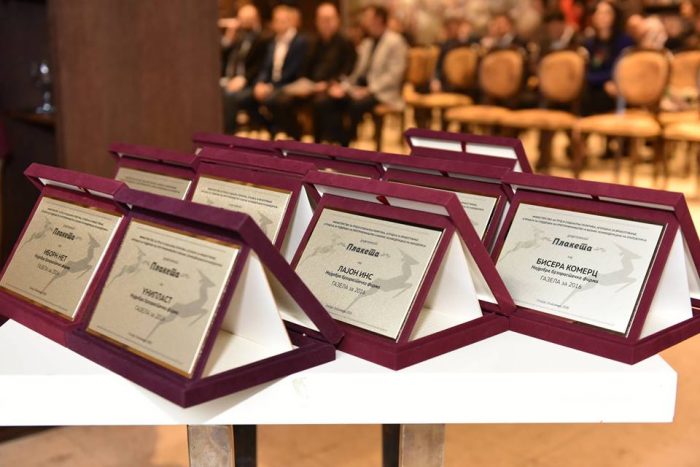 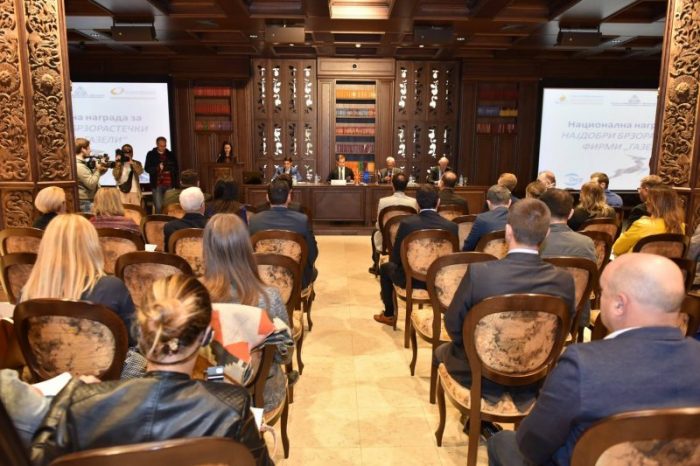